These sets of posts started with the idea that a safety system has both behaviors and programs. The idea is to categorize what a system would look like if either were high or low. At the same time, I was in a developmental psychology course and started to see how there were similarities in the Maccoby and Martin’s Four Parenting Styles and the Baumrind’s Three Parenting Styles. As discussed in the three previous posts, the process for me to get from point A to point B may have been coincidence, luck, or something in between. I still found the theory interesting. I have conducted no research to formally support these thoughts. It is more of a thought game to be played based on behaviors and psychological theory. 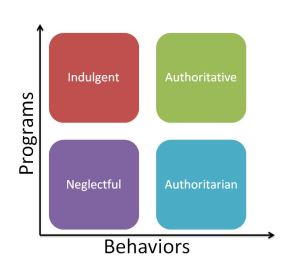 In this post, I am exploring an environment that has both virtually no programs and no behaviors a.k.a Neglectful.

From the parenting aspect, the neglectful category scores the worst of the four in studies. It is also called “hands-off” parenting. “Neglectful parenting can also mean dismissing the children’s emotions and opinions. Parents are emotionally unsupportive of their children, but will still provide their basic needs. Children whose parents are neglectful develop the sense that other aspects of the parents’ lives are more important than they are. Parents, and thus their children, often display contradictory behavior. The parent and the child will never come to an agreement because the child will be resentful and the parent will show a demanding, with great authority side.”

In the safety example of programs vs behaviors, there are many similarities that can be theorized. Certainly, a work place in which there are no safety programs in place and the company and employees show no interest in creating safe behaviors, there is a recipe for disaster. These are companies that have catastrophic losses and extremely high injury rates. Because of the lack of safety systems, there may be many issues that go unreported until they do become catastrophic. In this safety environment when concerns are brought up, there is no concern or follow up. The company may provide basic PPE such as gloves, ear plugs, safety glasses, and locks for lockout tagout. But, there will be a lack of training and the PPE provided will be the most cost effective regardless of effect. Another indicator of a neglectful environment would be where earplugs are on a box fastened to a wall, but there has never been any effort to conduct sound monitoring or create a hearing conservation program. Another indicator of the neglectful environment would be that the PPE is provided, but no one is using it. The programs do not enforce the policy, and the people don’t care enough to try. There is no effort from either side. When there is effort it is short lived and has no follow through or sustainability.

In a similar fashion to the parenting style, the neglectful style is contradictory in many terms. There is never consistency. One day the safety glass policy is the most important event in the company. The next week, they can’t afford safety glasses but everyone needs to be wear ear plugs. The programs come in starts and stops with no sustainability considered for the process.

The greatest issue with this style is very similar to the parenting style: The employees become resentful and the company becomes increasingly authoritative with a heavy handedness for perceived behavioral issues. A good worker (high productivity) may never lockout a piece of equipment, but a perceived poor employee could be fired for an ear plug policy that has never been enforced. In the safety realm, this might also be considered the “flavor-of-the-month” safety program.

Neglectful safety environments are dangerous. There are little to no protections for employees. On the flip side, as a safety professional, I would not have to worry much about working for a neglectful company as they would never hire a safety person. They do not have a desire to change nor do they want to face the harsh reality that the lack of safety systems perpetuate the lack of safety behaviors. I could also theorize that in a neglectful environment quality of product, cost controls, and other basic systems are non-existent. They manage for the short term and hope for long term results. Sometimes in market rich environments, these systems can be sustained simply because the product or service is in high demand.

Overcoming a neglectful environment is difficult. For every year the systems did not exist, it will take 6 months to a year to build them and the culture that comes with it. For example if a safety system has been neglected for 10 years, it will take 5 to 10 years to build it. The key word is “culture.” The programs can be written. The training can be conducted. The critical step is that the company and employees have to keep investing in the programs until it becomes the way of doing business. There will be tests, trials, and revisions. The goal is to maintain the overall course of the change.

The first step is program creation, detailed training, and feedback systems. The focus should be on quick wins and those that gain big wins. A plan, do, check, act process works best with each program. Those programs that help eliminate the biggest risk should be at the top of the list. 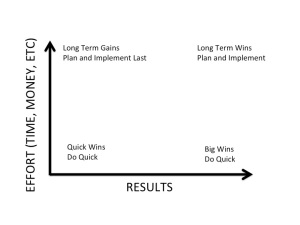 The view is for the long term. The goal is to create trust in the work force, sustainability in the programs, and long term continuous improvement. It is a long road, but in the end it makes the company better and protects its people. Overcoming a neglectful safety environment can be done, but is has to be done systemically with a view for the long term.

Published by Dr. Mark A. French